Kraft it up Jan challenge

I thought this month's challenge at Kraft it up was a beauty...summer theme, number and washi tape....can't get better than that!
I decided to scrap photos of the grand kids on Christmas day playing with water balloons, while the adults were relaxing playing darts. They played so good together....usually there is some sort of incident! But remarkably they played for ages....the boys were obviously not stirring the girls!

I hope you get the title..".4 kids plus water balloons equals fun " 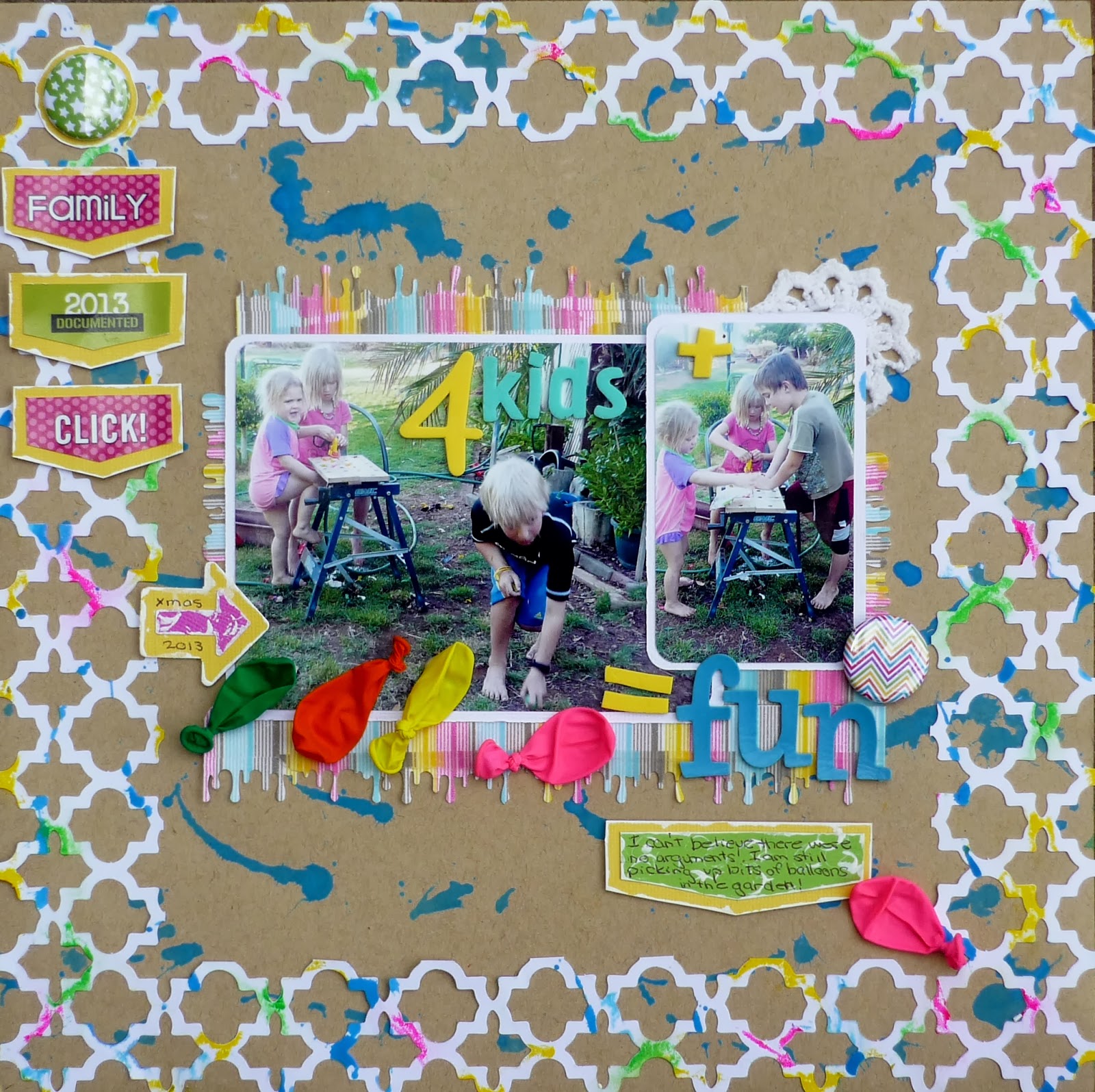 I still had some balloons left ? and thought why not put them to good use! 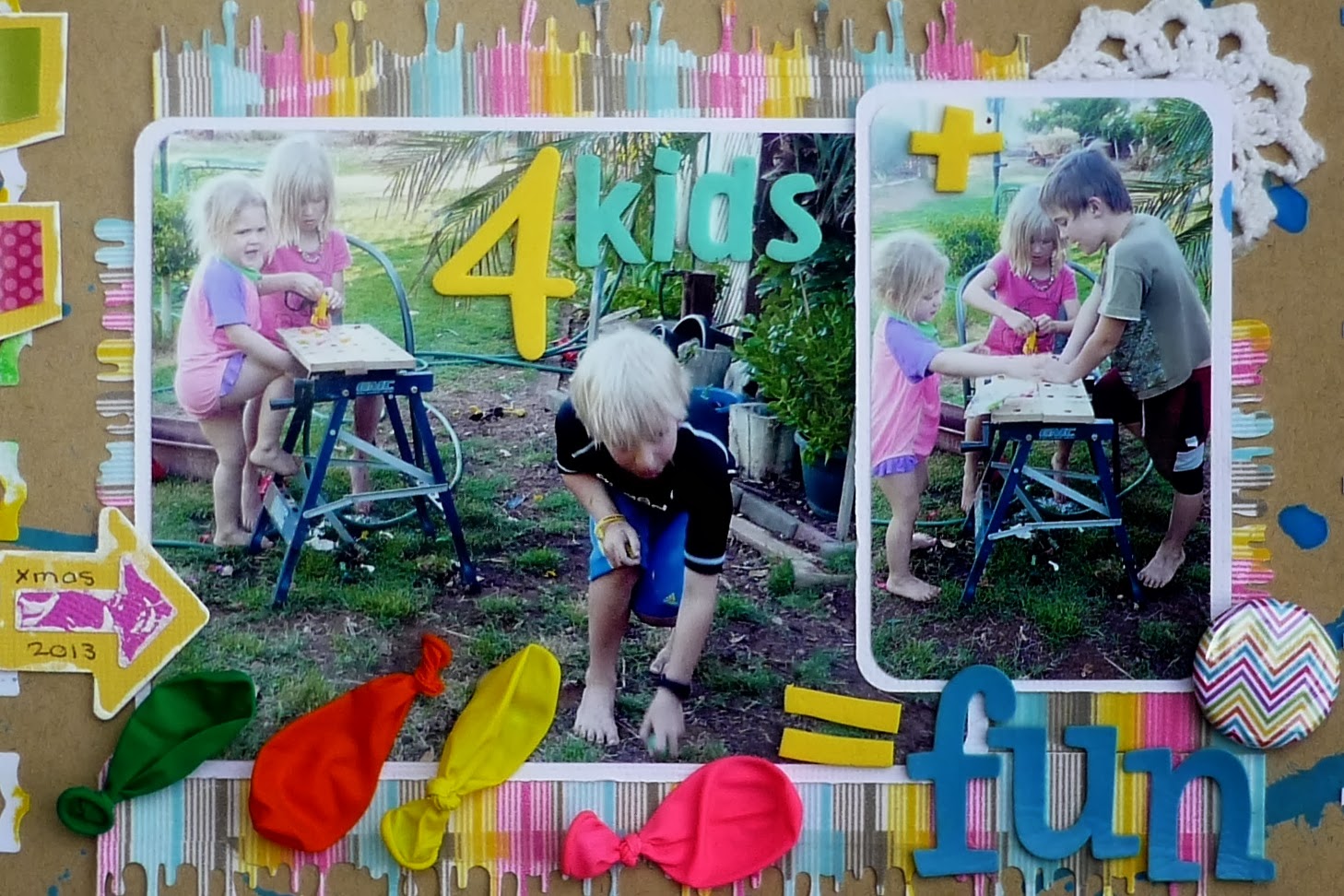 These little sayings are from Flutterby designs (beautiful goodies in my package!!)
I have just popped them on some cardstock 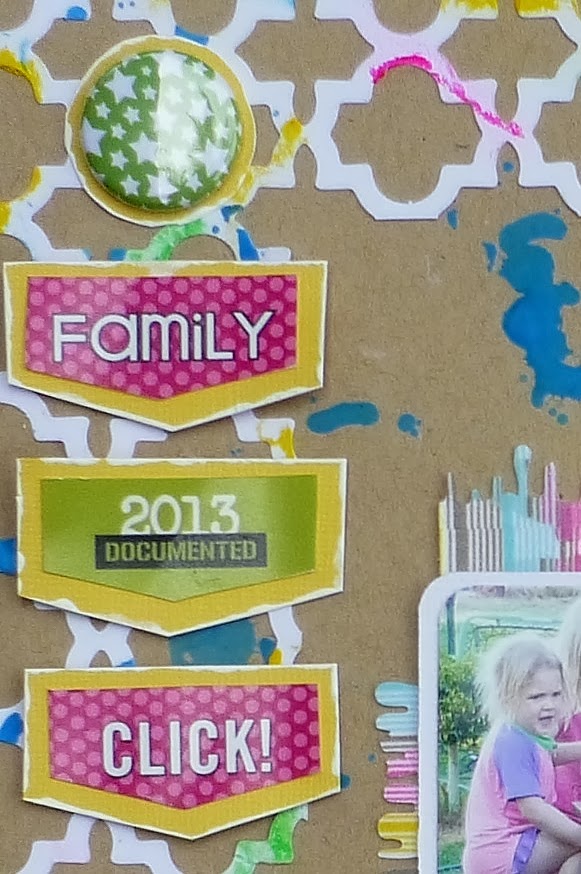 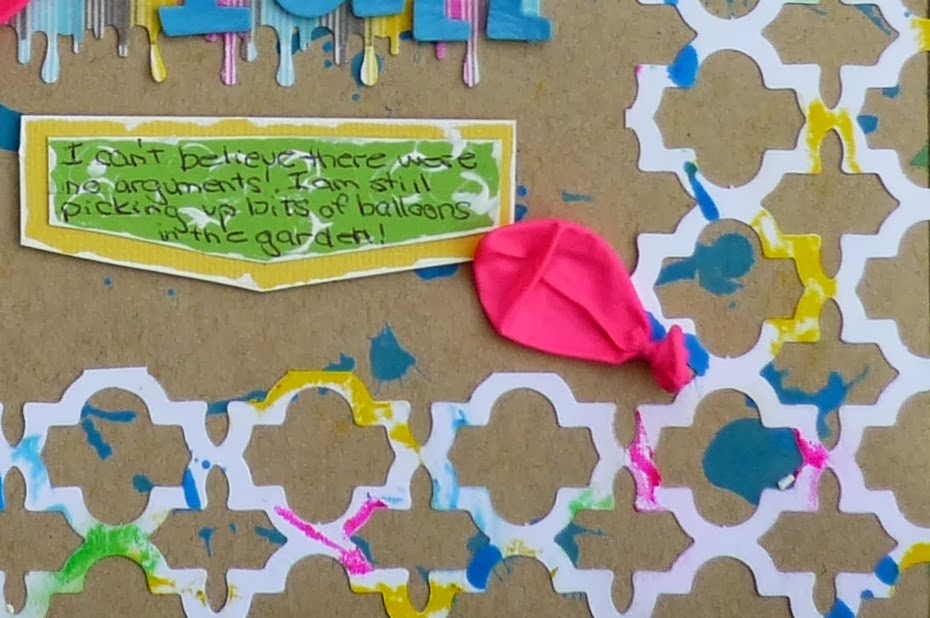 Jack and James were throwing the balloons on the roof and as they bounced off were trying to catch them without breaking. I'm not to sure what the girls were doing...looks like they were filling them up for the boys.....which I can't quite believe! Thank goodness someone remembered to clean the gutter out and I was left to pick up balloons.....everywhere, considering earlier we all had a fantastic water balloon fight.
Man these are FUN !! 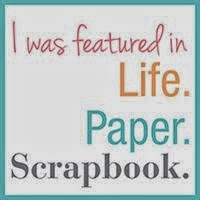 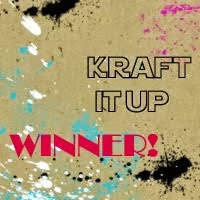 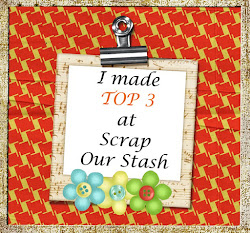 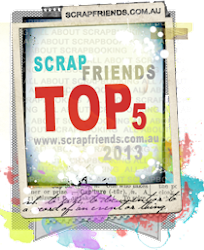 For "You silly dog" 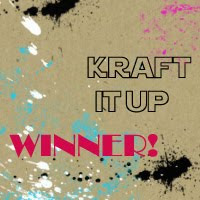 For "We miss you Brandy girl" 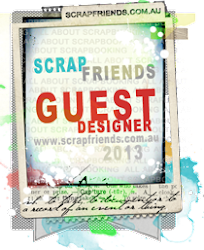 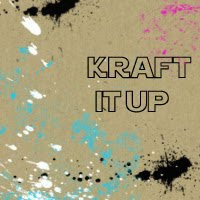 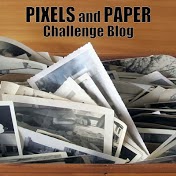 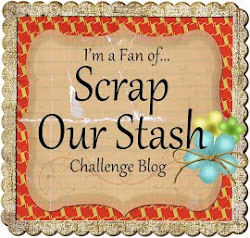 Show us your Stuff 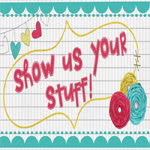 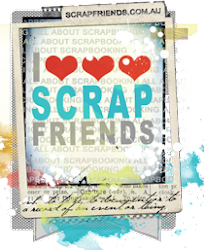